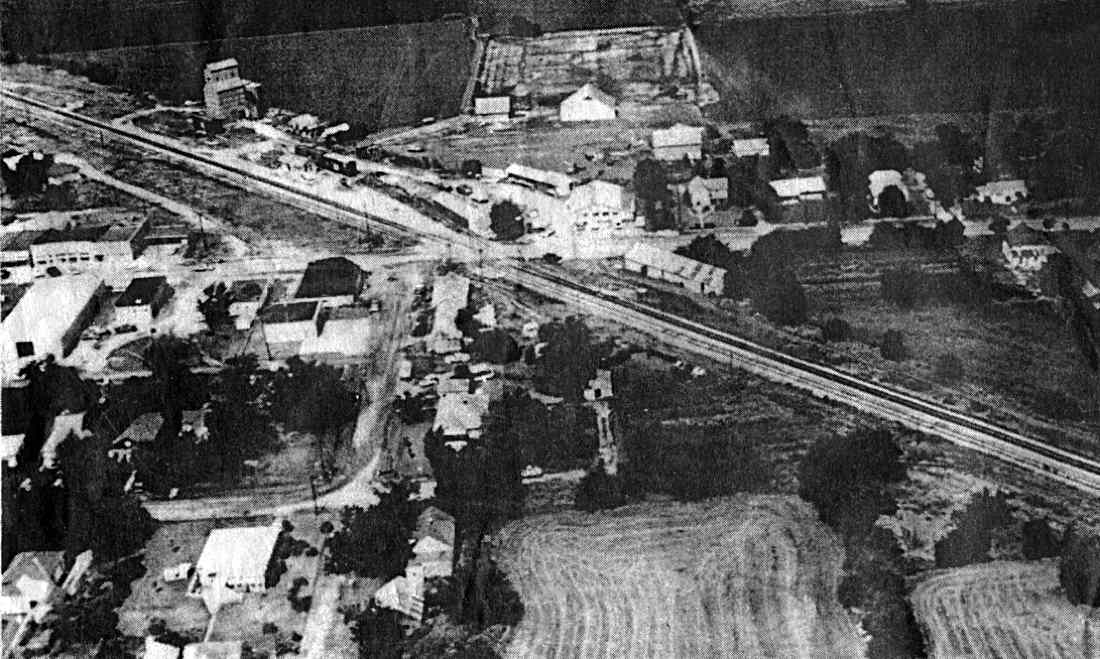 Rose Hill is celebrating it’s quasquincentennial anniversary of 125 years. A historical record of family histories is being compiled to capture the first-hand accounts of families who have been a part of Rose Hill since it’s humble beginnings in 1887. Founding fathers of the past and new families who will make the future will be represented.

END_OF_DOCUMENT_TOKEN_TO_BE_REPLACED

Young and old alike turned out to witness the fall of one of Rose Hill’s famous landmarks on Sunday afternoon, March 15, 2009.

Everyone wanted to be able to say that they were there on the day that the original Rose Hill water tower came tumbling down behind the Rose Hill Bank located at 107 N. Rose Hill Rd.

END_OF_DOCUMENT_TOKEN_TO_BE_REPLACED 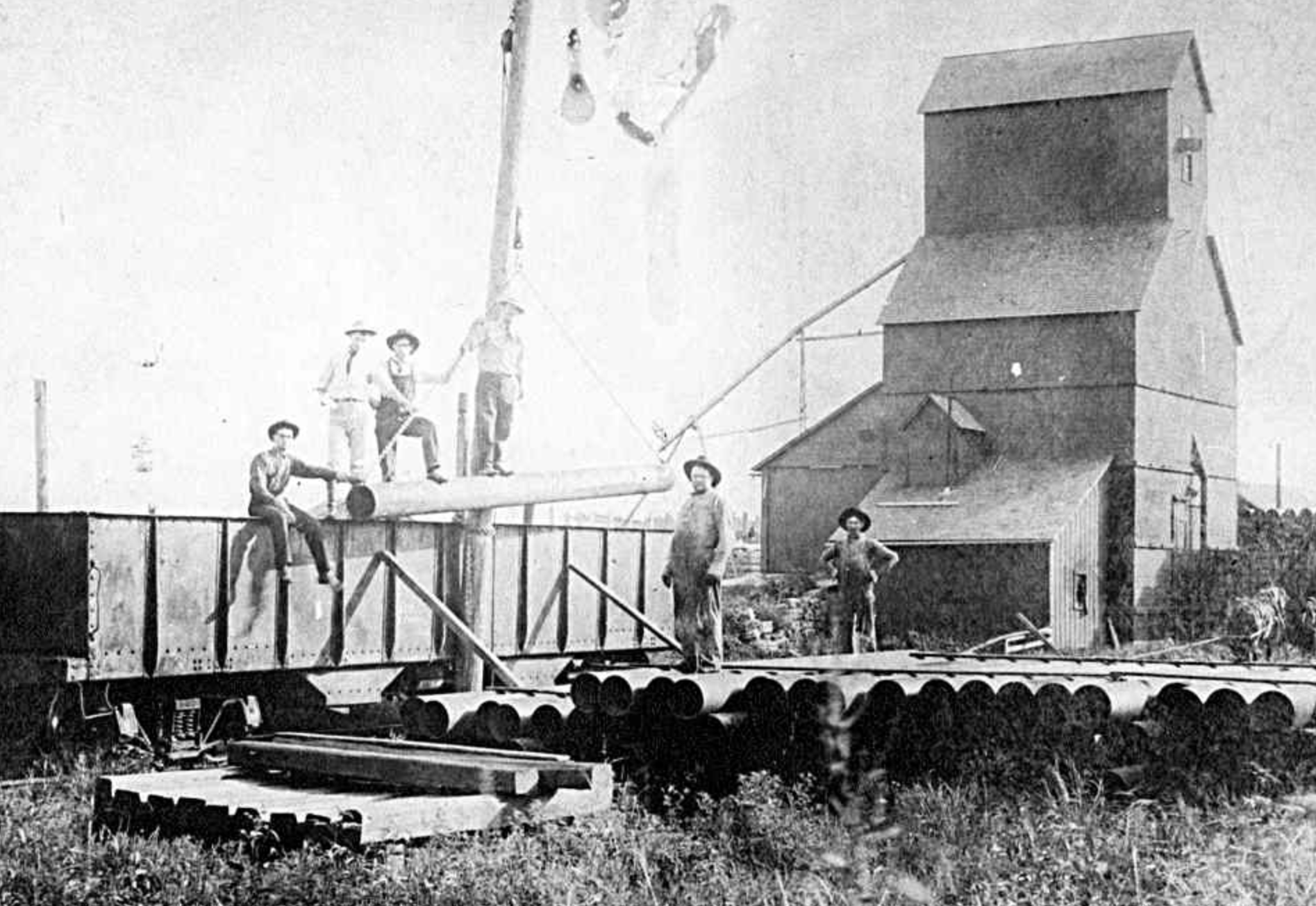 Like most small prairie towns of the midwest, Rose Hill began to grow with the coming of the railroad across the flatlands. But it also had its share of growing pains. END_OF_DOCUMENT_TOKEN_TO_BE_REPLACED 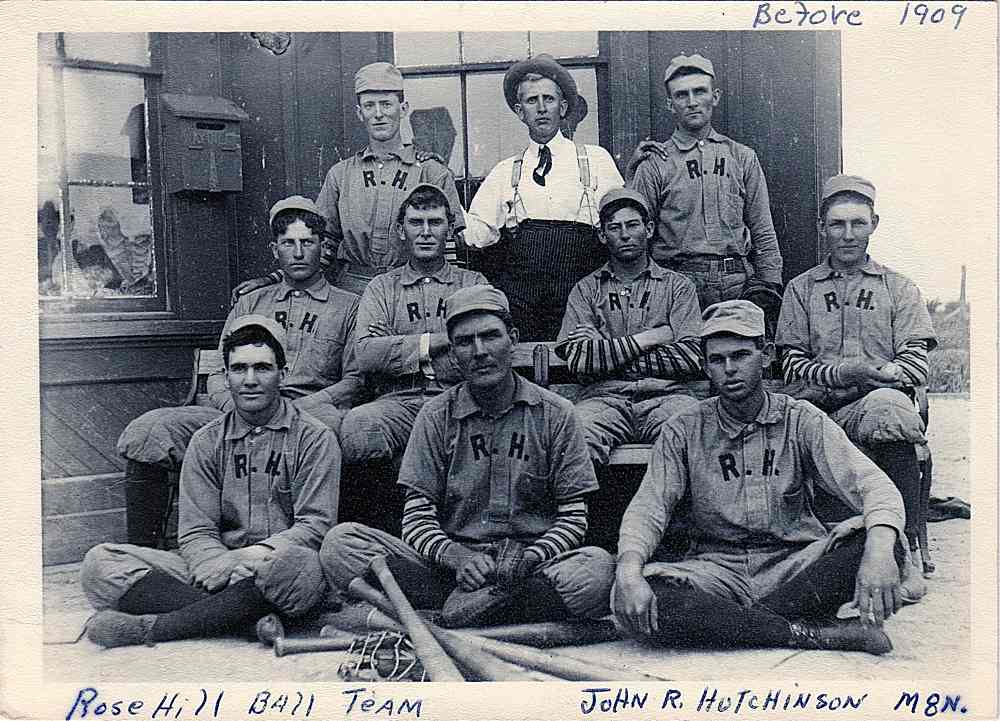 Rose Hill has a rich sports history, one that reaches back to the earl 1900‘s. Baseball was one of the most popular sports and was played by both the Rose Hill Town Team and at the Rose Hill High School. Two players went on to play pro ball in the major leagues.

END_OF_DOCUMENT_TOKEN_TO_BE_REPLACED 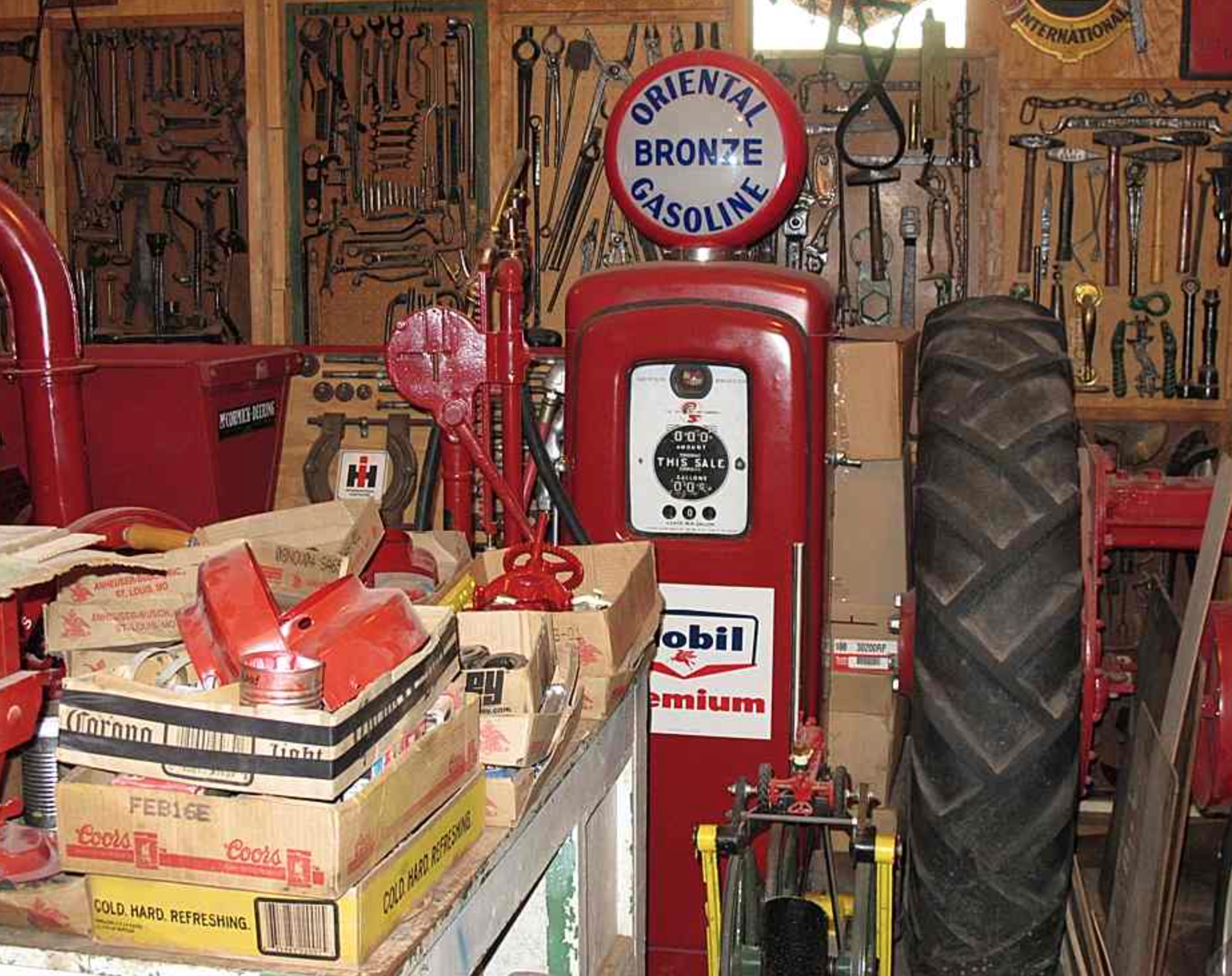 Tractors, wooden washing machines, hand pumped rug sweepers, you name it and chances are Marshall Futhey has it in his extensive antique collection.

Futhey and his family go back four generations in Rose Hill, on both sides, with most of the family clan still living on S.W. Prairie Creek Rd. just east of Rose Hill where he has resided most of his adult life. He was born not far away on 47th St. and Rose Hill Rd. in 1922. Yes, that makes Marshall 90 years young. He still sits on a tractor and drives the grain trucks during the wheat harvest, working with his son Gail.

END_OF_DOCUMENT_TOKEN_TO_BE_REPLACED

The Fourth of July used to be marked by large family reunions, picnics in the parks and at the lake. Grandma would fry chicken and make potato salad and the kids would crank the ice cream freezer.

Rose Hill and El Dorado got right neighborly in 1916 and shared a community celebration. According to recollections from an old newspaper clipping from the Douglass Tribune, a big county style dinner was planned in El Dorado. The town had done a great deal of advertising for the event touting that all of the entertainment for the day would be free. END_OF_DOCUMENT_TOKEN_TO_BE_REPLACED

Published in The Rose Hill Reporter, Thursday, May 3, 2012

It was 2:15 a.m. on the 15th of July in 1945 and the world was still entrenched in WWII. In the night sky above Rose Hill, a B-25 Bomber was flying a routine training mission, returning to Pampa Army Air Field, Pampa, TX.

Aboard the plane was 18 year-old pilot Milton Fagundes of Brazil and American co-pilot, flight cadet Quentin Elsey. The Army Air Corps had en

tered into an agreement with several foreign governments to train their young men to fly military aircraft. Such was the situation that July night.

END_OF_DOCUMENT_TOKEN_TO_BE_REPLACED

Rose Hill BankThe Rose Hill Bank was the target of robberies in 1921 and 1953. According to the Douglass Tribune issue of Nov. 18, 1921, the Rose Hill State Bank was broken into and the vault robbed on Thursday night, Nov. 10, of the previous week. The next morning at 8 a.m. Marston McCluggage, son of the cashier JF McCluggage, saw that the curtains over the bank window had been pulled down.